Congrats to the winners of the 2020 Student Impact Award. Below are excerpts from the nominations that were submitted by their respective supervisors. 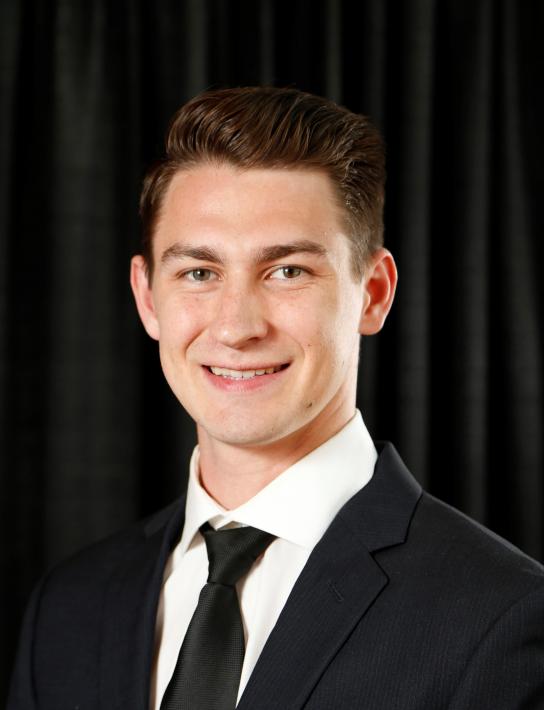 What were the student's main responsibilities?
Erik came to Siemens to participate in the development of our next generation SPECT-CT camera platform. Due to where we were within the development life cycle for this project, his focus became the integration and verification of the motion and detector subsystems within the camera.

What is one specific accomplishment of your intern/co-op?
The primary objective of Erik's assignment was to complete the verification program set out for him, along with his mentor. This allowed the project to successfully achieve the end of year 2019 quality goal that had been set over three years prior. To achieve the specific accomplishment, many smaller goals had to be achieved along the way. These included the development or update of test cases to meet over 500 individual hazard related requirements for the motion and detector subsystems of the SPECT camera. In some cases, the test harness to drive these test scenarios was incomplete, and Erik had to create the proper environment to correctly run the test cases. His ability to take on both of these tasks offloaded the work from the senior staff and allowed them to focus on other details, which helped keep the entire project on schedule. All of these test cases had to go through our review process to help ensure that no harm would come to either the equipment under test or the operator. As each test was executed, a trace matrix was generated to show how the test satisfied the requirements at various 'levels' of the system; system, integration, and subsystem. Erik also produced documentation of the results for each test case executed, and generated product defects where tests exposed non-compliance to stated requirements. Erik would also verify the fixes for these defects when they were made available. He made it a point to stay on with us until all the work was completed, and the milestone was signed off by our quality team.

What impact did the student have on your organization?
Erik displayed a maturity and professionalism beyond his years, and exhibited all the characteristics that I would love to hire post-graduation on a full time basis. He worked diligently to overcome obstacles, and always maintained a can-do attitude. To extend the utilization of the limited lab resources at our disposal, Erik agreed to offset his work hours into the early evening, to ensure that all the test cases assigned could be appropriately executed. He maintained a high quality bar for himself, and for the accuracy of the test results generated, which helped to hold the entire team accountable for the quality of their work. Erik took the initiative where he saw a need to help the project proceed. One example of this was to further his understanding of Python to be able to create automated test scripts that allowed for unattended overnight testing to run. By doing this, Erik was able to extend his influence beyond the limits of his immediate work group. Bottom line, Erik was indispensable to our subsystem integration and testing program, and we would have not reached the end of 2019 quality milestone without his contributions.

What makes this student stand out among others and deserving of the Student Impact award?
I’ve probably hired over 75 interns over the course of my career with Siemens over the past decade plus. There are only a few of those that make a significant enough impact to want to bring on the team full time post their graduation. Erik is solidly in that select few, by virtue of the nature of his accomplishments, his attitude and demeanor towards the work given, his ability to work with the senior staff, learn from them, and also bring some of the fresh perspectives he has gained through his education to the team, and gain respect throughout the organization. Erik displayed a professional work ethic, and was committed to completing his tasks, and helping the team achieve its goals in whatever capacity he could do so. All of this helped Erik contribute to this team, and, indeed, the overall organization in an impactful way. 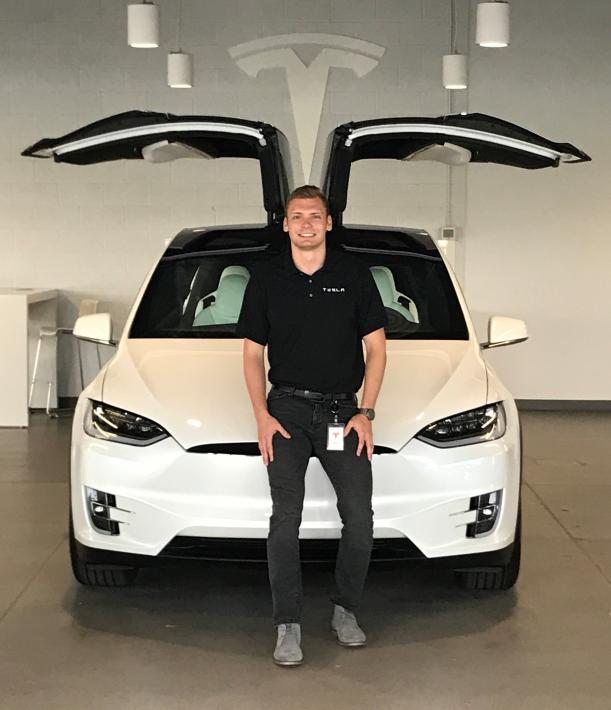 What were the student's main responsibilities?
My team in which Noah interned is responsible for layout and material flow design for new Tesla factories. Noah took full advantage of the opportunity grow, performing a quality and quantity of work that led me to forget he was still a student. On average, Noah worked 50 hours per week while still radiating positivity and always having a smile on his face. He assisted on multiple Gigafactory 1 production optimization projects and owned layout management for the Gigafactory Shanghai Battery program.

What is one specific accomplishment of your intern/co-op?
The defining moment of his internship came after an intense three hours of layout “white-boarding” following feedback from a review with the President of Automotive. Noah and I agreed on the general locations of where subassembly lines should go, and I tasked him with “making it work.” By the next morning, Noah had used his thorough, (mostly) self-taught understanding of the production process to completely re-design the flow of one of the subassembly lines to make the overall layout concept feasible. A month later he was with me on-site in Shanghai, collaborating with the local construction team to complete Factory Schematic Design based on that layout.

What impact did the student have on your organization?
Noah easily did the work of a full-time engineer and was instrumental in the layout success of the Gigafactory Shanghai program.

What makes this student stand out among others and deserving of the Student Impact award?
Noah is the full package. Not only is he very intelligent, but he is also extremely positive and friendly and has exceptional communication skills. I have absolutely no doubt that he will accomplish incredible things in the future. Everyone he came in contact with at Tesla wanted to work with him. 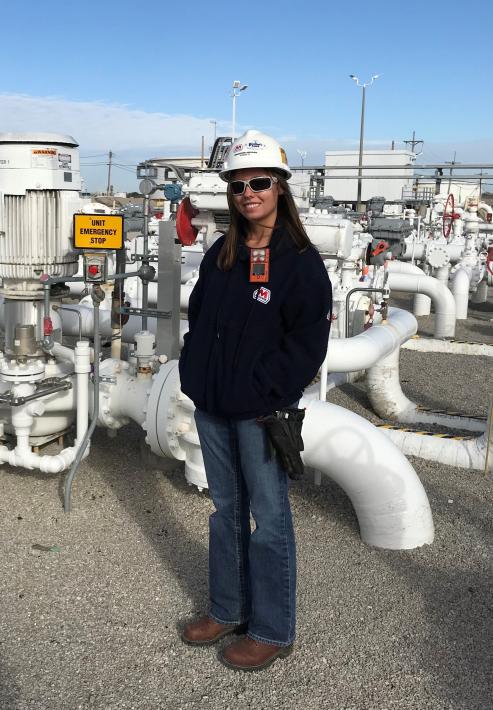 What were the student's main responsibilities?
To provide support for the Marathon Pipe Line (MPL) Environmental Department. This includes working through all levels of media (air, water, and waste) to develop and sustain new advancements or ongoing projects.

What is one specific accomplishment of your intern/co-op?
Maria took ownership of a risk that had been put on the back burner of our organization due to lack of technology and vision of application. MPL does our due diligence in collecting sandblast media used in the field to blast pipeline assets. This media could contain heavy metals, asbestos, and PCBs. The overreaching goal for Maria was to develop and implement a process that would capture these constituents efficiently, reducing project time, lowering employee health & safety potential, and decreasing the environmental impact. Maria took it upon herself to research certain technologies, contact vendors, and schedule demos (which included the field operators who will be using it for MPL). After the demonstration, Maria compiled the data from blast times, media usage, equipment upgrading costs, and overall process improvement implications and presented it to leadership. Although our initial goal of a specific technology implementation was not feasible the data Maria collected and organized allowed her to develop multiple proposals for operations to meet the process optimization goal. The operations team agreed on one of Maria’s proposals, upgrading media and equipment, which will have a short ROI as well as cost saving over years to come. This path forward also creates a safer environmental for the operations employee as well as decreases the environmental impact at the job site.

What impact did the student have on your organization?
Maria’s dedication, new outlook, as well as attention to detail on this project renewed our own optimism of opportunities and need for innovative thinking. Later in Maria’s internship we learned of her participation in lab trials with earthworks and hemoglobin. She shared with us the process of her role in the study and the overall goal of what the trail was to accomplish. The discussion of this trial along with the blast media project humbled us with the amount of knowledge and intelligence these students have. Maria’s time here left the group with the desire to relook at solutions differently, find the small successes when the desired outcomes are not feasible, and to not succumb to defeat at first contact.

What makes this student stand out among others and deserving of the Student Impact award?
MPL was very impressed with Maria’s ability to come into a new environment, hit the ground running, and instantly provide value to the organization. Her ability to adapt to the fast-paced atmosphere, prioritize projects based on risk, and continuously deliver on time and over expectations was amazing. She instantly contributed knowledgeable feedback or points of views which help SMEs with progressing their programs. Maria didn’t excel with just one project or program; she was a valuable part of the entire department’s success.