Congrats to the two winners of the 2019 Student Impact Award. Below are excerpts from the nominations that were submitted by their respective supervisors. 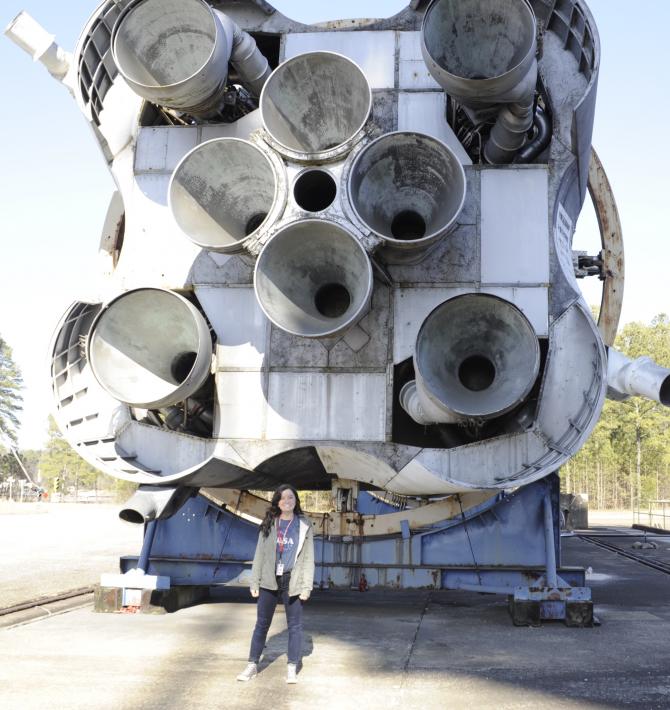 What is one specific accomplishment of your intern/co-op?
Mikala had multiple achievements during her internship. She started off on identifying and demonstrating approaches to make magnetic resistance independent of velocity. This was followed by helping verification of a tension element damper design to stabilize the wind induced oscillation of NASA's SLS rocket. This was followed by aiding in the demonstration of applying NASA's technology to help mitigate earthquake responses of structures. https://www.youtube.com/watch?v=lQh1GDxYhfk&feature=youtu.be

The biggest accomplishment was interdependently applying NASA's technology to leverage existing masses, such as aviation boxes, to mitigate undesirable responses of the host system. My small team is addressing a multitude of NASA's and industries problems so we are spread thin. Mikala was able to take ownership and head up this area of exploration and make it happen with minimal guidance from senior NASA engineers. This was huge since it not only proved the concept it allowed the rest of my team to focus on other critical areas such as making the following happen: https://www.youtube.com/watch?v=BYMB0_3U4O0&feature=youtu.be

What impact did the student have on your organization?
Mikala's capabilities allowed her to take the lead on a critical area of technology development which enabled precious resources to be vectored to other critical areas. Her results directly proved some new approaches on how to leverage existing masses to mitigate undesirable responses of structures and systems. The results from her work are being incorporated into the SLS rocket design. They are also being seriously evaluated for applications in the upcoming lunar lander design, an in-space artificial gravity demonstration, and multiple DOD and industry applications.

What makes this student stand out among others and deserving of the Student Impact award?
Mikala showed incredible initiative in tackling her multiple assignments. Her drive combined with her engineering skills allowed her to demonstrate new capabilities and approaches that will soon find their way into text books. The other thing that was highly impressive is her communication skills. She was a pure joy to work with and made everyone else around her better. She was a true asset for the team. 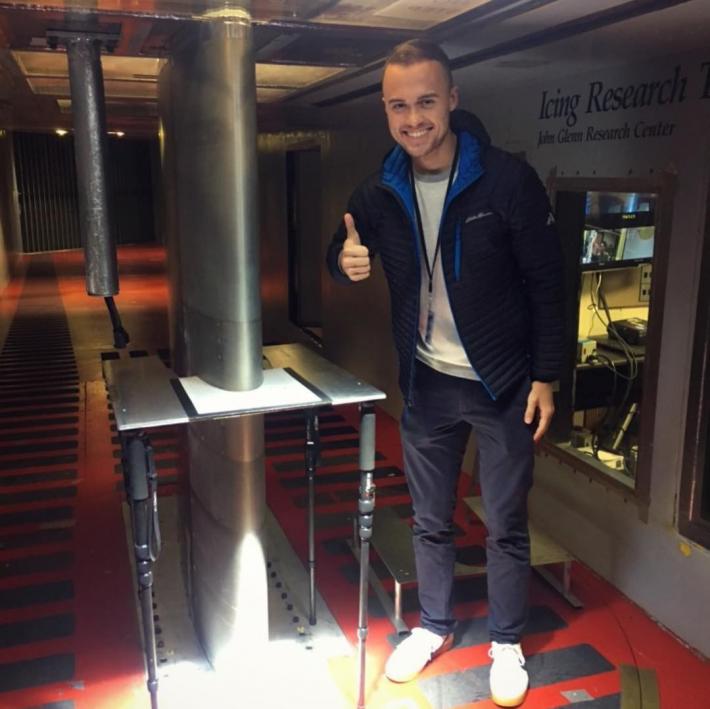 What is one specific accomplishment of your intern/co-op?
Ben developed a sophisticated analysis tool using computer software to reduce the wind tunnel data. The tool performed an image analysis of complex ice shapes from video data to extract ice growth and erosion rates. In addition, the tool facilitated the input of certain flow and icing cloud properties along the ice shape which were needed for developing the ice erosion model. Ben was required to learn how to use a NASA computer code called LEWICE in order to calculate the needed flow properties. A significant challenge of the analysis was to align all measurements and calculated flow properties to the same spatial location across the complex geometrical shapes. Overall, Ben streamlined a very complex analysis using this comprehensive analysis tool.

What impact did the student have on your organization?
Ben’s work allowed NASA researchers to analyze and interpret complex experimental results in a streamlined fashion. In addition to strong computer and technical skills, Ben has excellent communication skills both in terms of oral presentation and writing. This was impactful because it allowed Ben to effectively communicate and document his work which is very important in any organization. Furthermore, we are currently working to convert his final internship report into a NASA publication which will have a lasting impact.

What makes this student stand out among others and deserving of the Student Impact award?
Ben is a very talented engineering student who has stood out among his peers as a NASA intern. Ben has had a significant impact at NASA by developing a sophisticated analysis tool which has allowed fellow researchers to analyze and interpret complex experimental results in a very streamlined fashion. His work was of such high quality that we are planning to convert his final internship report into a NASA publication. Moreover, his work has the potential to impact the aviation industry through future ice accretion computer simulation tools which may ultimately use results from Ben’s work.